We remain committed to serving our client/members during the COVID-19 outbreak. Click here for resources. 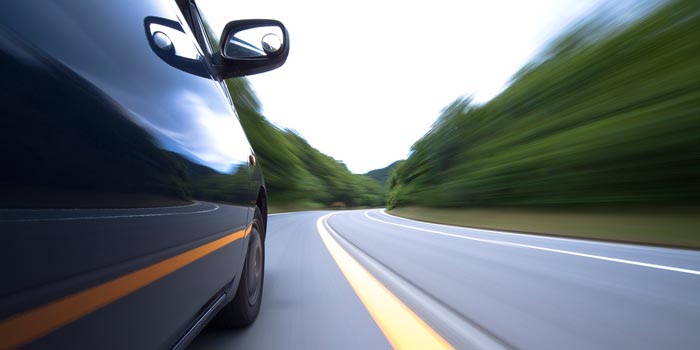 Good driving etiquette can help you become a safer, more considerate driver — no matter how long you’ve been driving. Here are seven rules you may not know, but that you should be following.

1. Use the Slow Lane When You Need It

If you aren’t in a hurry, drive in the right lane to allow faster-moving cars to pass in the left lane. In some states, police can ticket drivers who are not traveling at the minimum speed (sometimes 40 MPH on a freeway). Not only do slow drivers violate common driving etiquette, slower drivers can be a hindrance to traffic flow.

While semi-trucks often stay in the right lane to allow faster moving cars to pass them, there are times they need to pass slower moving semi-trucks. When one semi is passing another, the non-passing semi driver will quickly flash the headlights to let the passing semi know when there is enough space to move back into the right lane. Once one semi driver has successfully passed the other, the driver will tap the brakes quickly, using the brake lights to serve as a “thank you.”

If you see two motorcycle riders passing each other, keep an eye on their hands. Bikers will often give each other “the wave” — their left hand aimed out and down from their bike — when passing.

Likewise, Jeep drivers have their own wave. When Jeep drivers spot each other, the drivers wave. If the Jeep’s top is down, tradition calls for the wave to be above the windshield.

The rule is the car on the right has the right-of-way, but sometimes it’s unclear who should yield. If you and another driver keep starting and stopping, stop and wave for the other car to go first. If you are driving in low-visibility conditions and can’t see a wave, flash your headlights (but not your brights) to signal that the other driver should go first.

When you’re switching lanes, make sure you can see both of the headlights of the car you’re passing in your side-view mirror before signaling to get over. This is routinely taught to new drivers, but even experienced drivers should keep this in mind. It’s an easy way to avoid dangerous (and costly) collisions.

7. Watch Out for Off-road Vehicles

Driving etiquette also extends to off-road vehicles, such as snowmobilers. They will hold up a certain number of fingers to tell drivers how many other snowmobile riders are behind them. They also will tap their helmet the same number of times. This helps keep narrow trails navigable, with passing drivers waiting on the side until all the snowmobilers have safely passed.

No matter where you’re driving or what kind of vehicle it is, you need to make sure you’re covered before the unexpected happens. Your local Farm Bureau agent can help.

How can I help you?